2ème Congrès Européen  –  EMCDDA  2017 “Chemsex” means sex, generally between men, occurring under the influence of drugs taken immediately before and/or during the sexual session. “Slam” is defined by injection of psychostimulant drugs in the same context. Such phenomena have particularly increased with the emergence of the new psychoactive substances (NPS) on the […] 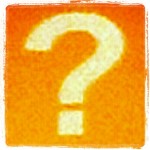